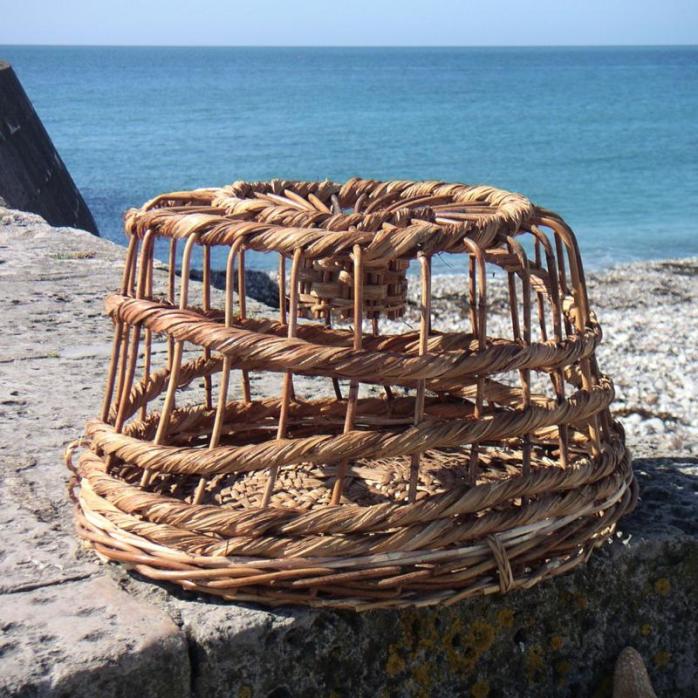 Easy to get in, very hard to get out.  That is the principle of the fish trap.  The photo above shows how this is done in a traditional lobster pot.  The fish can swim in from the top down into the heart of the trap to eat the bait.  Once the bait is eaten the fish swims around the perimeter looking for a way out.  But that is the trick, the exit is in the middle, not at the edge.

What has this to do with anything?  The fishtrap sums up every software company ever.  They make it easy to get in and very very difficult to get out.

An example is mobile phones.  Anyone who has ever tried to move from one technology to another will understand the pain.  When you join a mobile phone company they do everything they can to make it easy for you to import your data to their system.  All your phone contacts, all your social media and as many files as they can get from you.  They provide you with plenty of space at setup to store your photos and documents.

It is a different story when you try to leave.  If you move from Apple ios to Windows, or from Windows to Android, or from Android to Chrome etc you will find every barrier thrown in your path to prevent a seamless move.  Like the Hotel California “you can check out any time you like, but you can never leave”.  Or as Maurice Sendak said “Oh please don’t go, we’ll eat you up we love you so!” (Where the Wild Things Are).

When you decide to invest in a technology for the next 18 months to 2 years it is a wise researcher who looks at the exit costs.

To this day I have a list of mothballed contacts locked up in Apple cloud storage that has been there since I last owned an iPhone – I think that was 2014.  I have a stack of photos that I hope I can retrieve at some later date.

I would like to sign up with a technology company that did not treat me like a plump fish to be landed on their plate.  I am not a net profit, a cash flow, an income line or a revenue stream.  I don’t love their marketing lure or their sales hook.  I want a fair exchange.  I’ll swim with you a while, but when it’s time for me to leave I don’t want to have to escape your grasping claws.  Let me go gently and I just may return one day.

The Fish: by Elizabeth Bishop

I caught a tremendous fish
and held him beside the boat
half out of water, with my hook
fast in a corner of his mouth.
He didn’t fight.
He hadn’t fought at all.
He hung a grunting weight,
battered and venerable
and homely. Here and there
his brown skin hung in strips
like ancient wallpaper,
and its pattern of darker brown
was like wallpaper:
shapes like full-blown roses
stained and lost through age.
He was speckled with barnacles,
fine rosettes of lime,
and infested
with tiny white sea-lice,
and underneath two or three
rags of green weed hung down.
While his gills were breathing in
the terrible oxygen
– the frightening gills,
fresh and crisp with blood,
that can cut so badly-
I thought of the coarse white flesh
packed in like feathers,
the big bones and the little bones,
the dramatic reds and blacks
of his shiny entrails,
and the pink swim-bladder
like a big peony.
I looked into his eyes
which were far larger than mine
but shallower, and yellowed,
the irises backed and packed
with tarnished tinfoil
seen through the lenses
of old scratched isinglass.
They shifted a little, but not
to return my stare.
– It was more like the tipping
of an object toward the light.
I admired his sullen face,
the mechanism of his jaw,
and then I saw
that from his lower lip
– if you could call it a lip
grim, wet, and weaponlike,
hung five old pieces of fish-line,
or four and a wire leader
with the swivel still attached,
with all their five big hooks
grown firmly in his mouth.
A green line, frayed at the end
where he broke it, two heavier lines,
and a fine black thread
still crimped from the strain and snap
when it broke and he got away.
Like medals with their ribbons
frayed and wavering,
a five-haired beard of wisdom
trailing from his aching jaw.
I stared and stared
and victory filled up
the little rented boat,
from the pool of bilge
where oil had spread a rainbow
around the rusted engine
to the bailer rusted orange,
the sun-cracked thwarts,
the oarlocks on their strings,
the gunnels- until everything
was rainbow, rainbow, rainbow!
And I let the fish go.