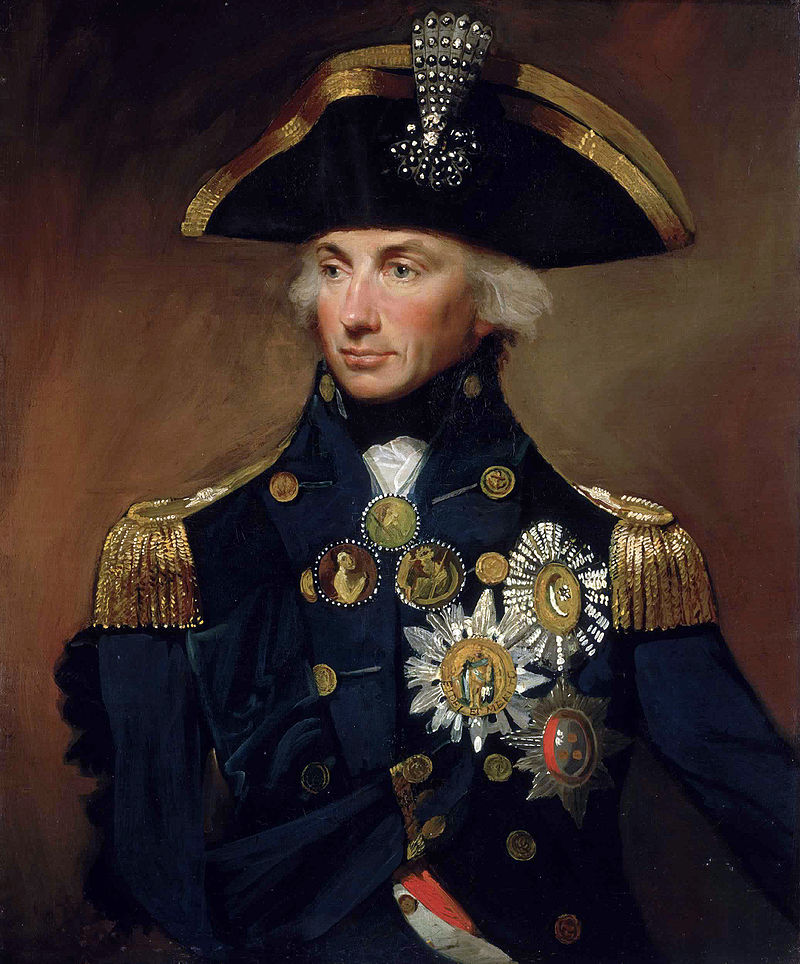 Horatio Nelson needs no history lesson here, you know who he is.  Today is his birthday and he was born in 1758.  Despite leaving parts of himself all over Europe this tiny man had a huge impact.  He clearly liked his sun holidays did Horatio, and he used to get up to some crazy antics.  He left his arm behind in Santa Cruz de Tenerife in 1797 after one holiday.  He lost his eye in Corsica in 1794 and rumor has it that he lost his heart in Naples in 1798 to Lady Hamilton.

Nelson was ennobled as the First Duke of Bronté and it is this title that gave us the famous Brontë family, Anne, Charlotte and Emily.

The father of the three Victorian writers was born Patrick Prunty from County Down in Ireland.  Patrick attended Cambridge University and perhaps found that his Irish Heritage was a handicap.  These were the days when Europe was in turmoil as Napoleon demolished the Ancien Regime and spread concepts such as the rights of man, enlightenment and republicanism.  Ireland rebelled in 1798 seeking independence from the United Kingdom.  There is even a theory that his own brother was a rebel.  This highly political environment must have been a concern to a young protestant Irish student of divinity.

So Patrick Prunty changed his surname and adopted the name of Nelsons dukedom to become Patrick Brontë.

Fall, leaves, fall; die, flowers, away;
lengthen night and shorten day;
every leaf speaks bliss to me
fluttering from the autumn tree.

I shall smile when wreaths of snow
blossom where the rose should grow;
I shall sing when night’s decay
ushers in a drearier day.