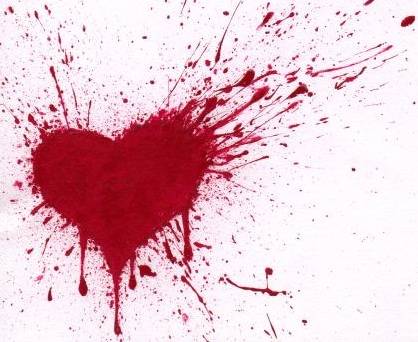 The Church stories about St. Valentine are a mish-mash of the lives of up to three different clerics who were martyred at any given time.  This is reflected in the relics of St Valentine, with bones from him in Santa Maria Cosmedin in Rome, Whitefriar St. Church in Dublin and St John Duns Scotus in Glasgow.

The most widely accepted version of the story is that he was a Bishop of Terni who was imprisoned on a visit to 3rd Century Rome during the reign of Claudius Gothicus.  The judge, Asterius,  had a blind adopted daughter and Valentine invoked the power of Christianity to cure her.  Asterius then had all his family converted and released his Christian prisoners instead of feeding them to the lions.

On his way home Valentine continued evangelising and was again arrested and this time he was beaten to death with clubs.

While in captivity he penned the first ever Valentines Poem to the formerly blind girl who of course could not read.  She brought it to Asterius who was horrified by the low quality of the poetry he had unleashed upon the world.  In a desperate attempt to right his wrong he had Valentine beaten to death.  But too late.  The story of the tormented poem to unrequited love circulated in the girls schoolyard and then every girl wanted one.

As a result generations of awkward callow youths have been condemned to the practice of translating their inchoate emotions into execrable verse ever since.

Amongst genuine Roman scholars the events described are referred to as “The Crisis of the 3rd Century” and they represent the beginning of the decline and fall of Roman Classical Poetry.