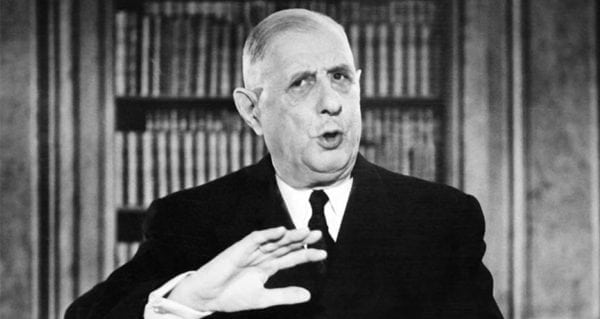 A career soldier nicknamed the Big Asparagus by his classmates because he was so tall.  A veteran of two world wars he was frustrated at the British describing them as too slow.  Undoubtedly brave he was wounded a number of times and at Verdun in WW1 he was bayonetted in the leg whilst reeling from a shell blast and was captured by the Germans, the only member of his unit to survive.  He spent the latter half of the war as a prisoner despite 5 attempts to escape.

He rose into the world of politics by WW2 and as leader of the Free French he was sentenced as a criminal by the Vichy French Government.  He held a difficult position in London.  The French offices were filled with British spies, the phones were tapped.  When his aircraft was sabotaged and he almost died the British blamed the Germans.  De Gaulle blamed the British.

When the European Community was founded in 1957 the UK elected to go their own way.  They joined the EFTA instead.  As the 1950’s progressed and the Continental Europeans experienced economic expansion the British regretted their mistake.  They applied to join in 1963.

It was a field day for cartoonists! 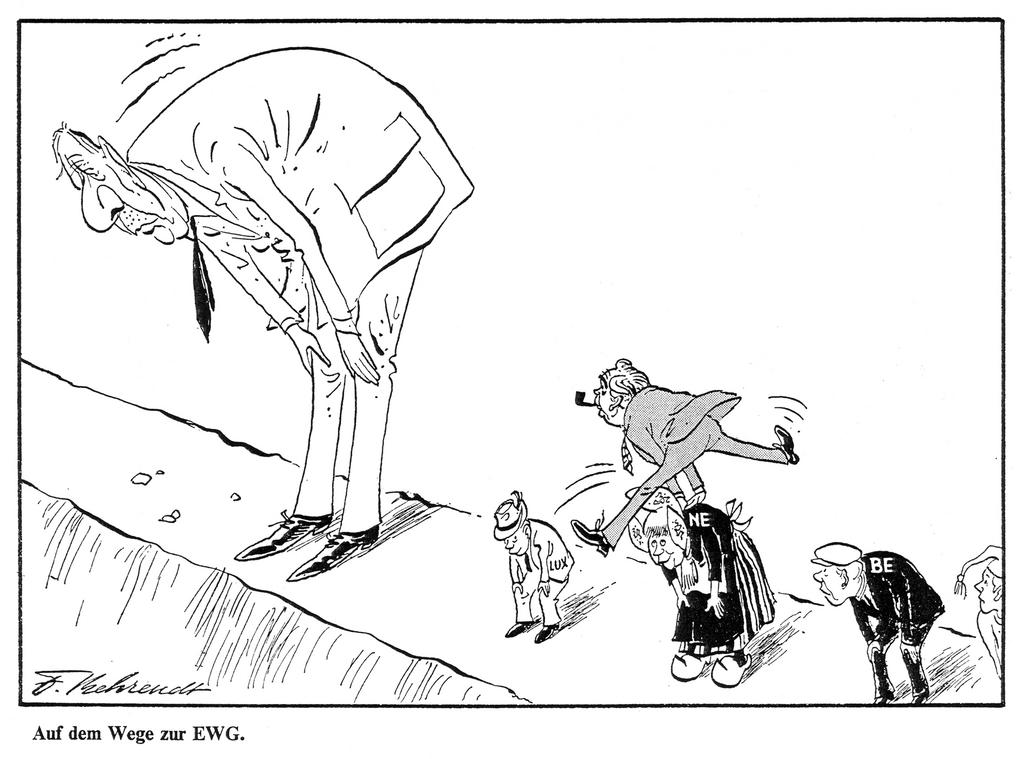 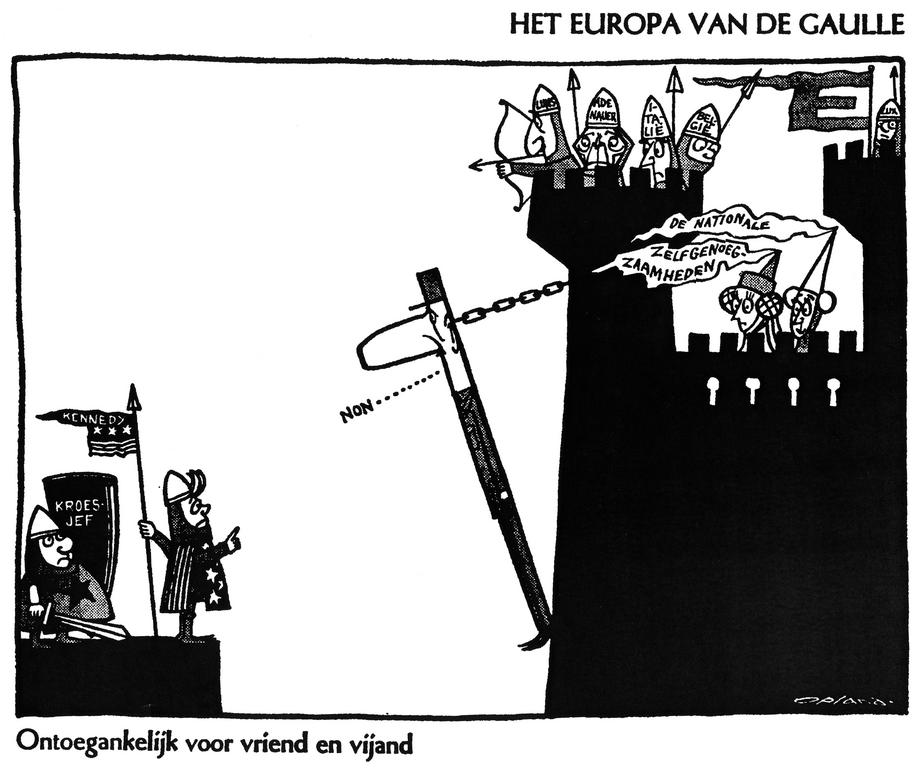 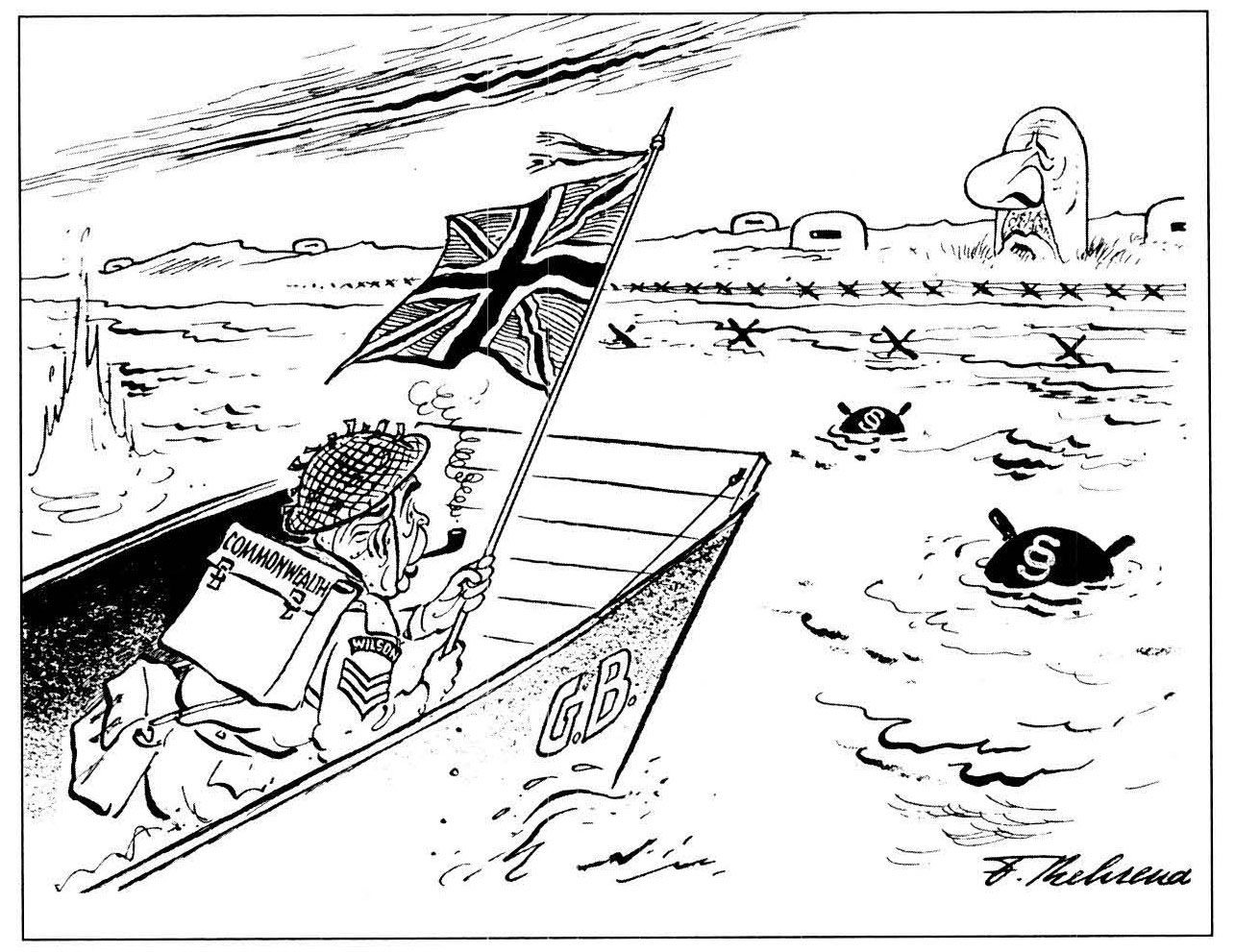 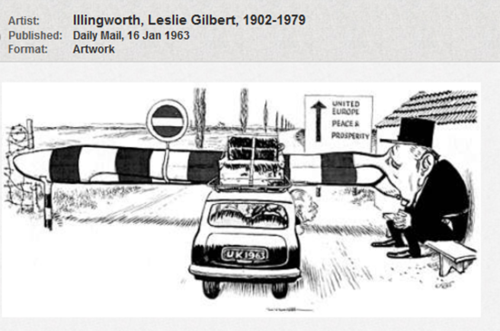