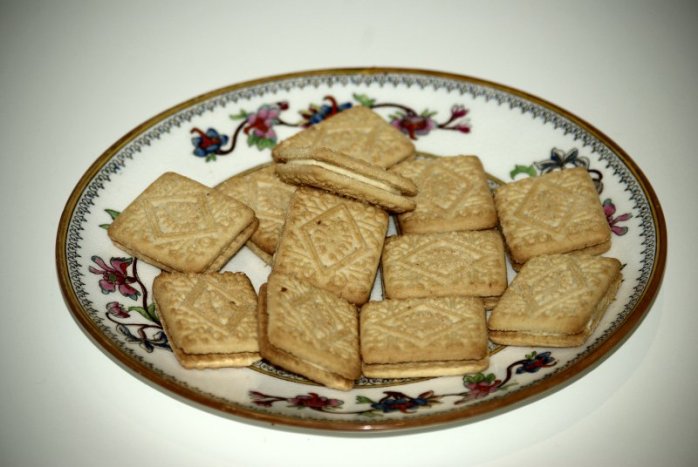 Here is another piece of wisdom from the mind of Jim Hourihane, my late father in  law.

Four people sit at a table for tea.  In the centre of the table is a plate of biscuits.  All the biscuits are the same type and there are eight of them.

As everyone is putting milk and sugar in their tea one of the people at the table starts eating.  He scoffs down three biscuits, and picks up a fourth.

At this stage the other three people have worked out the maths.  This guy has eaten his own biscuits and half of the biscuits of two others.  The rest of the tea break is uncomfortable.  Three biscuits are quickly snatched up, and the remaining one sits there just daring anyone to pick it up.

It is so much more pleasant for everyone when people sit back a little, relax, and take one biscuit.  Wait to make sure everyone has a biscuit before taking another.  The biscuit muncher quickly finds that others avoid sitting with him at break time.  If he is lucky an outspoken colleague will tell him to stop hogging the biscuits.

So what has this to do with conversation?

Some people are like the biscuit muncher.  They barge their way into conversations and talk at everyone, without assessing if anyone is listening with interest.  They speak seemingly without taking a breath, in case anyone else interrupts.  If someone else speaks they don’t listen because they are more interested in working out the next thing they want to say.

They are so interested in what they want to say themselves that they often interrupt others mid-sentence to get their points across.  If someone else has done a thing they have done it bigger or better.  No matter what problem you have they will tell you how to solve it.  If one person dominates the conversation then it is like one person eating all the biscuits.  It becomes awkward for everyone else, and they slip away.

The art of good conversation is to include everyone.  Some people are a bit shy and need to be coaxed to engage in conversation.

As children we were told that when someone offers you a biscuit you should refuse the first time out of politeness.  Then accept only when they press you a little.  The general rule in Ireland is to refuse twice and accept the third offer.  This little politeness was born in times of extreme poverty.  People would offer food to a guest out of politeness while they starved themselves and their children.  An astute guest knew the difference between a polite and a genuine offer.

In conversation we sometimes need to give a bit of time and space to the shy or quiet person if we want them to join in.  That patience can pay dividends.  Still waters run deep and it is often the person who speaks least and last that says the thing worth hearing.  But the quiet people who take their time to make their point never get a chance in the company of a biscuit muncher.

I come from a whole family of biscuit munchers.  Conversations amongst my siblings have a lot in common with the Hunger Games, they are a blood sport.  One-upmanship is the norm, interruptions are frequent, listening is for wimps. Growing up in this way does not make you a fine conversationalist.

This, of course, is why Jim tried to teach me about the biscuits.  I did listen!