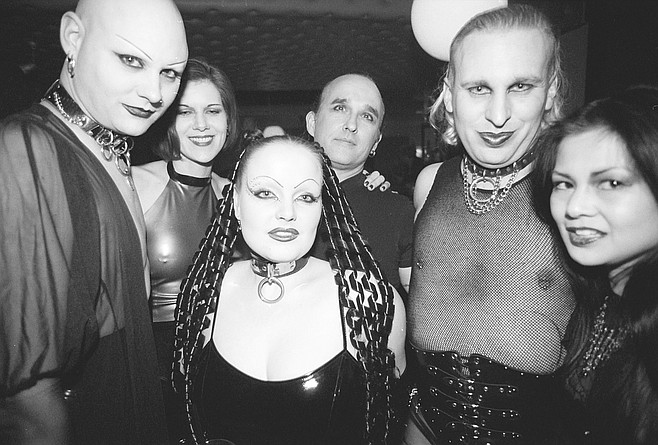 In the early 5th Century a horde of barbarians were led by their King, Alaric, to the City of Rome.  These were the Goths.  Just to be clear the Goths did not look exactly like the people in the photograph above, but I looked online for a representation of the Barbarian Goths.  Most of the images of the Sack of Rome are romantic fantasies of the 19th century.  They are about as accurate a depiction of Alaric and his people as the photo above.  So if you can’t be historically accurate then at least be funny.

So you have now heard about the horde, but what of the horde hoard?  When the Goths sacked Rome in 410 AD, it was on August 24th, about 2:30 PM and it was not at all the barbarian rampage that the romantics like to conjure up.  Alaric and his people were largely if not wholly Christian, albeit Arian Christians, who were considered to be heretics by the Niceans.  But let’s not go there.

Anyhow, Alaric told the Romans, and his own folk, that Christian Churches were safe.  Any Romans hiding in a Christian Church were safe.  But private residences and pagan temples were fair game.  So the Goths went methodically through the city and amassed a hoard of treasure worthy of Smaug; the dragon from the Hobbit.

Then Alaric decided to march south to Calabria.  He had the idea to sail his people to Africa and create a Gothic Kingdom there years before the Vandals got the idea.  But he was unlucky with the weather and his fleet of ships was wrecked.  Alaric himself picked up an illness and died shortly afterwards in the town of Cosenza, and here is where the tale of the treaure hoard gets really interesting.

Laden down with treasure the Goths wanted to honour Alaric with a grand tomb.  But they felt that the locals would loot any mausoleum the moment they marched North.  So they hatched a plan.

They enslaved a work gang of local Italians and forced them to change the course of the river Busento.  The riverbed was excavated and a tomb was built into the bed of the river.  Alaric was placed in the tomb with his burial treasures piled high around him.  The tomb was sealed, the river was returned to its course and hey presto the treasure was hidden.

The Goths then slaughtered the slaves to ensure the location of the tomb was never revealed, before marching off to a new home in Southern France.

To this day the tomb of Alaric has not been found.  Where is Indiana Jones when you need him?

Dodgy depiction of Alaric and his Goths