Born in Britain to a family of immigrant Lithuanian Jews, 25th November 1890.  In East London he gravitated towards the arts and was taken under the wing by Laurence Binyon and Edward Marsh.

He permanently suffered from bad health, bronchitis in particular, and emigrated to South Africa for the better air and warmer climate.  At the outbreak of WW1 he returned to Britain to do his duty and “get the trouble over” despite being anti-war.

Because of his small size, an outcome of poor health, he was assigned to a “Bantam” battalion which was a unit for men under the normal height.

He served for the entire war, despite bad health, until his death in action in 1918, producing some of the best poetry of the war.

As a side note the Tory Government of the UK today would not allow Rosenbergs family into the country if they have their way.  Priti Patel, herself a daughter of immigrants, wants to close the door.  England had no better servant than Isaac Rosenberg.

Break Of Day In The Trenches; by Isaac Rosenberg

The darkness crumbles away
it is the same old druid Time as ever,
only a live thing leaps my hand,
a queer sardonic rat,
as I pull the parapet’s poppy
to stick behind my ear.

Droll rat, they would shoot you if they knew
your cosmopolitan sympathies,
now you have touched this English hand
you will do the same to a German
soon, no doubt, if it be your pleasure
to cross the sleeping green between.

It seems you inwardly grin as you pass
strong eyes, fine limbs, haughty athletes,
less chanced than you for life,
bonds to the whims of murder,
sprawled in the bowels of the earth,
the torn fields of France.

What do you see in our eyes
at the shrieking iron and flame
hurled through still heavens?
What quaver -what heart aghast?
Poppies whose roots are in men’s veins
drop, and are ever dropping;
but mine in my ear is safe,
just a little white with the dust. 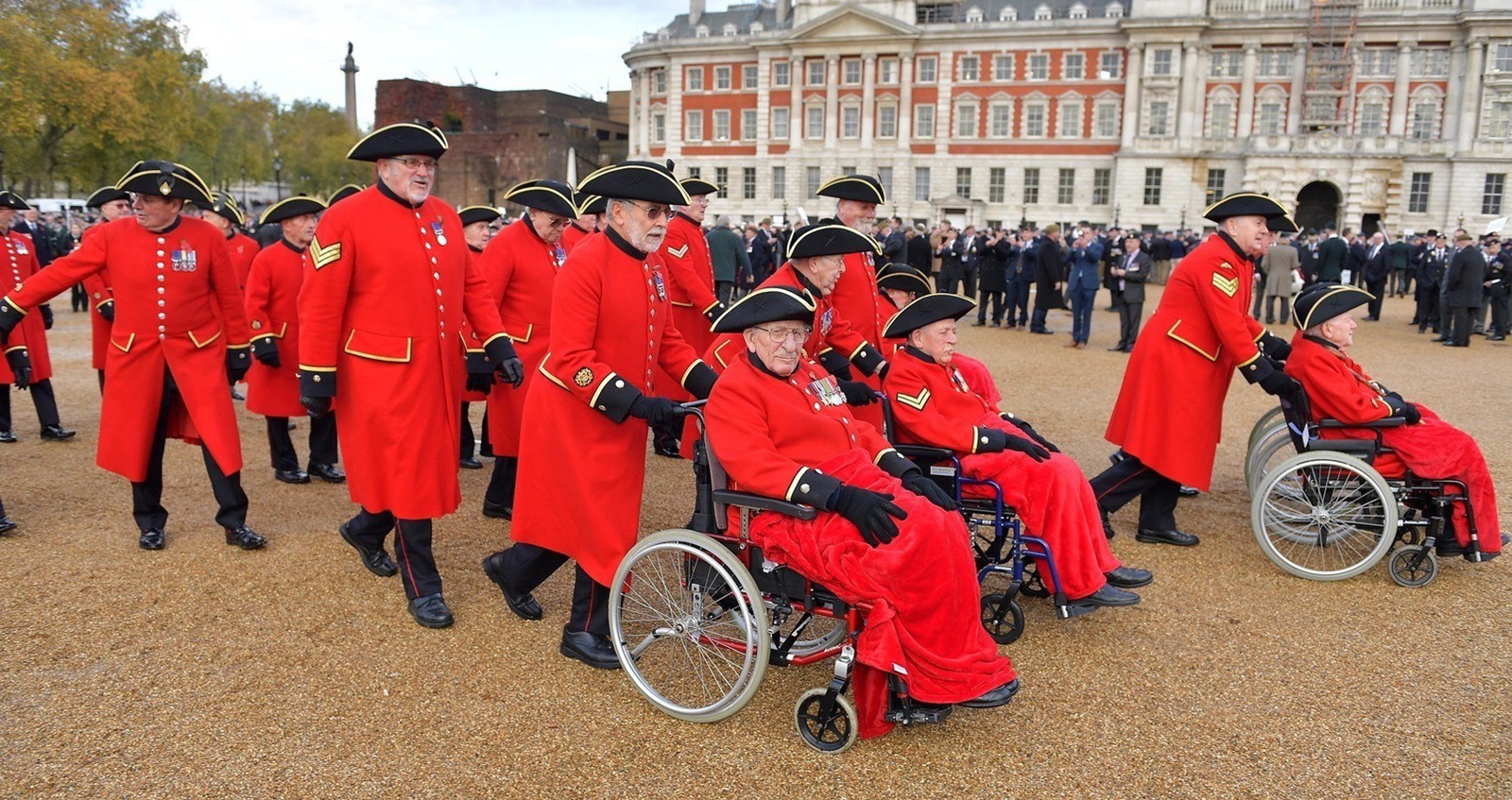 Each year on remembrance Sunday all over England, and throughout the former British Colonies, services are held for the fallen.  People sport the poppy they bought to support military families in times of need.  They recite the words of a dirge written in 1914 by Laurence Binyon, who was born on this day in 1869.

The words people always remember are the line “They shall not grow old as we that are left grow old”.  You can understand the power of this line for those who saw their colleagues die on the field of battle.  Each year they return for the service and each year another one of their old mates has passed away, and they lurch towards the grave under the weight of age and infirmity.

It is a sentiment captured in “The Green Fields of France” lyrics:

And did you leave a wife or a sweetheart behind,
In some loyal heart is your memory enshrined,
And though you died back in 1916,
To that loyal heart you’re forever nineteen

Today though I am moved by another line in this poem : they have no lot in our labour of the day-time.  Some people might read this line as meaning “Lucky them to have escaped the drudgery of the working round – they got off.”

I read this line through the Marxist lens that we are what we do.

“If we have chosen the position in life in which we can most of all work for mankind, no burdens can bow us down, because they are sacrifices for the benefit of all; then we shall experience no petty, limited, selfish joy, but our happiness will belong to millions, our deeds will live on quietly but perpetually at work, and over our ashes will be shed the hot tears of noble people.”  Marx, Reflections of a Young Man (1835)

At the core of Marxism is the tenet that we should own our labour.  Capitalism is a system designed to wrest resources from the weak and accumulate them for the strong.  Capitalists appropriate your productivity for their enrichment.

Nowhere is this more evident than on the field of battle.  The rich men of the world use their power to bend politics to their will.  When this results in war it is the small, the weak, the uneducated who are sent to the front lines.  The small man has nothing to gain from war and everything to lose.  By risking his life in battle he risks all the coming years of his working life, all the output of that work, all the benefit for his spouse, his children, his grandchildren.  They have no lot in our labour of the day-time.  War is the sharp end of the capitalist system.

For the Fallen; by Laurence Binyon

With proud thanksgiving, a mother for her children,
England mourns for her dead across the sea.
Flesh of her flesh they were, spirit of her spirit,
fallen in the cause of the free.

Solemn the drums thrill; Death august and royal
sings sorrow up into immortal spheres,
there is music in the midst of desolation
and a glory that shines upon our tears.

They went with songs to the battle, they were young,
straight of limb, true of eye, steady and aglow.
They were staunch to the end against odds uncounted;
they fell with their faces to the foe.

They shall grow not old as we that are left grow old:
age shall not weary them, nor the years condemn.
At the going down of the sun and in the morning
we will remember them.

They mingle not with their laughing comrades again;
they sit no more at familiar tables of home;
they have no lot in our labour of the day-time;
they sleep beyond England’s foam.

But where our desires are and our hopes profound,
felt as a well-spring that is hidden from sight,
to the innermost heart of their own land they are known
as the stars are known to the Night;