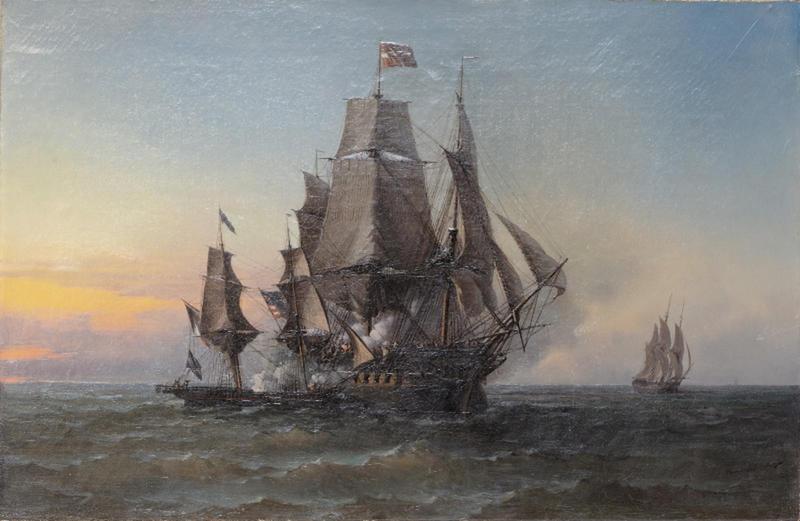 Corsairs were a peculiarity of naval warfare who acted like pirates, but had the protection of Letters of Marque to give them a legal standing.  Also called privateers, if captured they could claim prisoner of war status instead of being hanged as pirates.

Corsairs had the protection of being recognised combatants without having to carry out orders that might put them in danger.  They could behave as legitimate traders, but if they saw a target ripe for the picking they could sieze it and sell it at auction giving a portion to the crown, but retaining a portion of the “prize” for the Captain and crew.

Robert Surcouf from Saint-Malo in Brittany was the most famous of the French Corsairs of the Napoleonic wars.  He began his life as a slave ship sailor, rising to the captaincy.  During the revolutionary war and the subsequent Napoleonic wars he operated in the Indian Ocean.  He amassed a great fortune by capturing 40 British and Allied ships.

Napoleon awarded him the Légion d’Honneur and offered him a senior Naval posting.  Surcouf refused the commission, preferring his independence of action.

in 1796 as Captain of Émilie, a small schooner rigged corvette with 4 6-pounder guns and a 32 man crew Surcouf captured a number of prizes in the Bay of Bengal.  One was the Pilot Brig Cartier.  Brigs are sturdy two masted vessels rigged with square courses on both masts.

Surcouf had already detached 9 of his men to sail his captured prizes home, and boarded the Cartier with his remaining 23 men, bringing his four guns with him.  He renamed the capured vessel “Hasard”.  He then encountered the Triton, a British 26 gun East-Indiaman with a crew of 150.  Against all odds the French corsairs boarded the larger vessel and engaged in a hand to hand fight on the deck.  The British crew lost their captain and first officer in the savage fighting and surrendered to the French.