James Cook, born Nov 7th 1728 died famously on a pacific island on his third great voyage of discovery in 1779.  Called at the time the “Sandwich Islands” now known as the U.S. State of Hawaii.

In his lifetime he charted Newfoundland, the St. Lawrence Seaway, Eastern Australia, New Zealand, much of Pacific Russia and North America and vast swathes of the Pacific ocean.

He converted the map of the world from this: 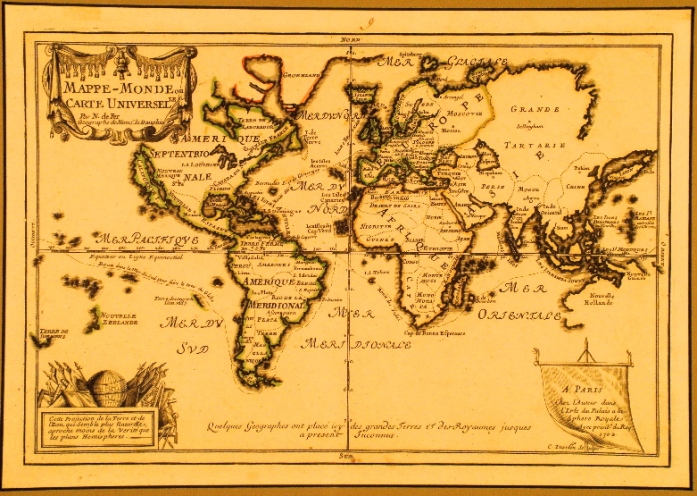 During his voyages he worked assiduously to limit scurvy and sickness from his crew.  The sailors hated him for forcing them to eat ascorbics such as saurkraut to keep them healthy.

In fact the majority of deaths of his crew occured when they reached what they believed to be the “safe” harbour of Batavia, modern Jakartha in Indonesia.  Here, in the canals carved by the Dutch mosquitoes thrived and the crew were devastated by malaria.

His second voyage confirmed the absence of a “Great Australian Continent” in the South Pacific which was theorised at the time to act as a counterbalance to Europe.  Pure European Centrism!  However he never did succeed in finding Antarctica.

His third voyage was a search for the fabled North West Passage to permit entry to the Pacific Ocean from the North Atlantic.  His voyages mapped out much of the limits of the North Pacific and led sadly to his death on Hawaii.

Finally here is his chart of Newfoundland: