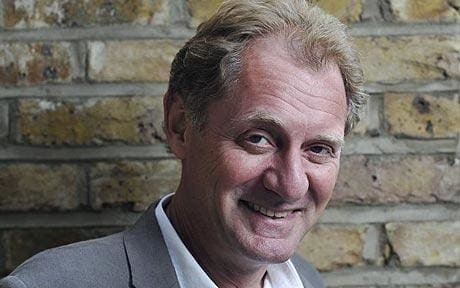 UK poet laureate from 1999 to 2009, following in the footsteps of Ted Hughes (husband of Sylvia Plath).  The top choice for that gig was Seamus Heaney, but the Irishman ruled himself out.

Born Oct 26th 1952 Motion had the good fortune to study under W.H Auden in Oxford and to have Philip Larkin as a colleague at Hull.  He followed Malcom Bradbury as professor of creative writing in University of East Anglia.  Now esconced at Johns Hopkins University, Maryland, USA.  A brilliant poet from a stable of brilliant poets.

Andrew Motion shares a birthday with Dublin Poet Trevor Joyce, but we’ll give this page to Andrew on the day England defeated the All Blacks in the 2019 Rugby World Cup Semi-Final in Yokohama.

The moment I tire
of difficult sand-grains
and giddy pebbles,
I roll with the punch
of a shrivelling wave
and am cosmonaut
out past the fringe
of a basalt ledge
in a moony sea-hall
spun beyond blue.
Faint but definite
heat of the universe

flutters my skin;
quick fish apply
as something to love,
what with their heads
of gong-dented gold;
plankton I push

an easy way through
would be dust or dew
in the world behind
if that mattered at all,
which is no longer true,
with its faces and cries.

My challenge today (set by myself) was to find a photo that might match the snaps that Philip Larkin might have kept in his wallet.  Larkin wrote Wild Oats for his book “Whitsun Weddings” published in 1964.

Federico Fellini released his film “La Dolce Vita” in 1960 and it would have been firmly embedded in the zeitgeist of the early 1960’s when Larkin was writing the collection.  Anita Ekberg rose to stardom playing Sylvia in the film.  The scene of her cavorting with Marcello Rubini in the Trevi Fountain in Rome is probably the most iconic in Italian film.

So, not an English Rose, but a Swedish beauty queen who plays the unattainable object of the fantasies of the hero in La Dolce Vita.  Not wearing fur gloves either!

About twenty years ago
two girls came in where I worked —
a bosomy English rose
and her friend in specs I could talk to.
Faces in those days sparked
the whole shooting-match off, and I doubt
if ever one had like hers:
but it was the friend I took out,

and in seven years after that
wrote over four hundred letters,
gave a ten-guinea ring
I got back in the end, and met
at numerous cathedral cities
unknown to the clergy. I believe
I met beautiful twice. She was trying
both times (so I thought) not to laugh.

Parting, after about five
rehearsals, was an agreement
that I was too selfish, withdrawn,
and easily bored to love.
Well, useful to get that learnt.
In my wallet are still two snaps
of bosomy rose with fur gloves on.
Unlucky charms, perhaps.

OK then, have white gloves and lots of bosom.

Image of Venus from Venera 14 probe.

The title of this post is in Cyrillic, and any Russian speakers will tell you it says “Venera 14” (translates as Venus 14) , the Venus lander that took 4 months and 1 day to travel from Earth to Venus, where it landed on this day in 1982.

On the surface, in temperatures of 465 °C and crushed by 94 earth atmospheres of pressure the probe functioned for 57 minutes, relaying information back to an orbiting module.  It survived for 25 minutes longer than the design requirement.  On Venus that was considered a good day.  On Earth the team celebrated.

It took the Soviet Union 18 missions to Venus before they made a successful landing.  If the exploration of Venus has taught us anything it is to Fail well.  Every failure is another step to success.

To Failure; by Philip Larkin

You do not come dramatically, with dragons
that rear up with my life between their paws
and dash me butchered down beside the wagons,
the horses panicking; nor as a clause
clearly set out to warn what can be lost,
what out-of-pocket charges must be borne
expenses met; nor as a draughty ghost
that’s seen, some mornings, running down a lawn.

It is these sunless afternoons, I find
install you at my elbow like a bore
The chestnut trees are caked with silence. I’m
aware the days pass quicker than before,
smell staler too. And once they fall behind
they look like ruin. You have been here some time.