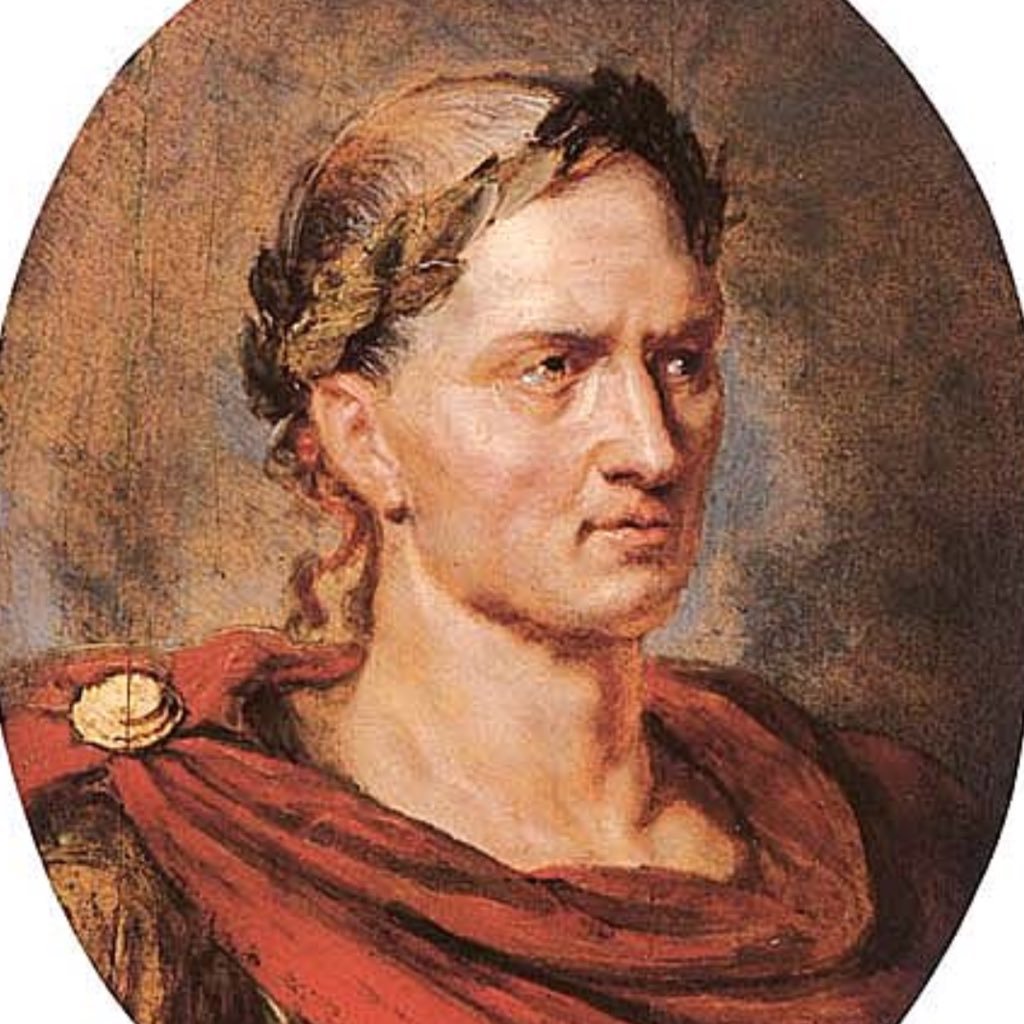 Born in the Consulship of Cotta and Torquatus (65BC) the poet we now know as Horace lived through the greatest era of Roman History.  In the year he was born Pompey Magnus was at the very height of his power.  He was fighting Tigranes in Armenia and Mithridates the Great.  Julius Caesar was Consul in Horace’s second year of life, and Cicero was consul in his third year.

He lived through the two Civil wars that defined the boundary between Republican Rome and Imperial Rome.  Too young to participate in the Civil War of Julius Caesar.  He found himself on the wrong side in the Octavian civil war at the Battle of Philippi (42BC) where he was on the losing side with Brutus and Cassius.

Luckily Horace was favoured by Maecenas, Octavians right hand man and an avid patron of the arts.  Horace became an Imperial court poet under Augustus.  He was in the inner circle during the creation of the Roman Empire.  He saw the young Octavian rise to become Princeps and then Augustus.

So, as it is your birthday, Happy Birthday Horace.  Seize the day!

Ask not Leuconoë for we never know
what fate the gods grant, your fate or mine.
Waste no time on futile Babylonian astrological reckonings.
Better by far to suffer what comes
whether Jupiter grants us more winters or if this, our last
is stripped away like those cliffs by the Tyrrhenian sea.
Be wise, mix the wine, life is short, temper your long term ambitions.
Time is envious of this moment, even as we speak: Seize the day, trust not to tomorrow.

A very auspicious day today, very popular with the celebrity birthdays.  It is a crowded field, but for me it will always be Pompey day.  Not only was he born today but he also got leave from the senate to celebrate his third triumph today in 61 BC.  The Senate celebrated Pompey for his war against the pirates, which made him fantastically rich.  He was already rich when he started, but this was the icing on the cake.

He also slipped in at the end of Lucullus’ war against Mithridates VI in the East and claimed the win for himself.  Cheeky!

This was undoubtedly the high water mark of Pompey’s career.  In 59 BC Pompey harnessed his significant senatorial weight to the wealth of Crassus and the populism of Caesar to form the first triumvirate.  From this point the trajectories in the careers of Caesar and Pompey were a reflection of each other as the Elder statesman declined and the young pretender rose in prominence.

Eugene Delacroix : Christ on the sea of Galilee

Born on this day in 1304 Petrarch is called by some the father of the Renaissance, by others the father of Humanism and by still others as the father of the Sonnet.  It takes a great man indeed to father so many illustrious children.  Mountaineers consider him the first Alpinist as he is the first person recorded to ascend a mountain (Mont Ventoux) for recreation alone.

A latin scholar he encouraged other scholars to scour the libraries of the world for the writings of ancient Greece and Rome.  He acquired a copy of Homer’s Odyssey but lamented his lack of Greek saying that “Homer was dumb to me and I was deaf to Homer”.  He had more success with his discovery of a cache of the letters of Cicero, who is our key primary source for the political and judicial goings on in the late Roman Republic when Cicero wrote of the day to day doings of Julius Caesar, Pompeii, Brutus, Cassius, Cato, Marc Anthony et al.

As a writer he was a contemporary and a correspondent of Boccaccio.  His writings had a major impact on the evolution of the modern Italian language.  His use of the poetic form of the Sonnet had an enormous impact on the world of poetry and especially on the works of Shakespeare.  Sonnets are somewhat easier to rhyme in Italian than they are in English, but here is a translation of one of his poems.  It sits nicely in this blog site as it is a classic “Mind Ship” as he uses the metaphor of a storm battered ship to personify the ravages of age.

Life flies, and never stays an hour,
and death comes on behind with its dark day,
and present things and past things
embattle me, and future things as well:
and remembrance and expectation grip my heart,
now on this side, now on that, so that in truth,
if I did not take pity on myself,
I would have freed myself already from all thought.
A sweetness that the sad heart knew
returns to me: yet from another quarter
I see the storm-winds rattling my sails:
I see no chance of harbour, and my helmsman
is weary now, and my masts and ropes are broken,
and the beautiful stars, I used to gaze on, quenched.

Sept 29th is undoubtedly Pompey Day.  Pompey the Great (Magnus) was born on Sept 29th 106 BC.  He was murdered on the orders of Ptolemy in Egypt on Sept 28th 48 BC.  In 61 BC on Sept 29th he celebrated his third and final triumph, for his victory against the pirates.  Organising a triumph on his birthday was an indication of the sway held by Pompey in Rome.  At the height of his power he was a man who could not be denied.

This campaign was a phenomenon of the time.  Pompey secured proconsular Imperium over the Mediterranean Sea and all land for 50 miles from the coast.  This put Pompey above every other governor and general in the Roman world.  It made him the most powerful man in the world.

Furthermore, it made him one of the richest men in the world.  The “War against the Pirates” had a lot in common with the current american “War on Terror”.  The “enemy” is a fluid quantity.  Pirate fleets had arrangements with rulers and Roman provincial governors all across the Mediterranean.

Pompey cleaned out some of the most annoying pirate fleets and stabilised trade across the Mare Nostrum.  He then brokered deals with pirate captains and local rulers the length and breadth of the sea.  They became his clients, under his protection, and they paid tribute to him.

So Pompey made a fortune and the people of Rome celebrated him as a war hero.  I wonder if the Bush family studied the classics?

Within 10 years the scourge of piracy was as bad as ever.

On this day, Sept 29th in the year 61 BC Pompey the Great celebrated his third and final triumph for his victories over the Pirates and Mithridates.  His war against the Pirates is seen by many to be the Roman equivalent of the “War on Terror”.  Basically an elaborate political sham which sets up an un-winnable conflict which results in putting a lot of money in the hands of a small number of individuals, and securing political positions for a number of years.

Pompey used the “War on Pirates” to secure his most extraordinary command ever.  He was given pro-consular imperium over all of the seas from Gibraltar to Judea, and over the coastlines for 50 miles inland in every province, for the purpose of “hot pursuit” of pirates.  This gave him senior authority over the governors of the coastal provinces for the purpose of this campaign.

He ostensibly swept the seas free of pirates, making him the “First man in Rome” and securing for him the juicy task of the war in the East against the fabulously rich empire of Mithridates.  In reality Pompey drove many of the “Pirates” out of their towns and cities, and then negotiated with them for their “peaceful” return as loyal subjects of Rome.  This status involved payment of hefty fines and tributes to Pompey and his Legates.

It was nothing if not a masterstroke.  I wonder, what was the Roman equivalent of Halliburton and Lockheed-Martin?

The truth is, the so called “war on terror” is simply the realisation of George Orwell’s 1984.  The principle that “War is Peace”.  By keeping the populace focused on a constant shifting state of war, against an enemy that is impossible to beat, those who wield power can quash any serious attempt to oust them from their positions.  If the opposition organise in any meaningful way, simply raise the “threat level” to orange and red, drive through some new law, and arrest the leaders as terrorists.

The trigger for the ancient Romans was the grain supply.  For modern Americans the trigger is the oil supply.  It costs a lot of public money to keep those privately owned oil tankers running.  The working man pays taxes to keep an aircraft carrier on station in the straits of Hormuz.  As long as the oil flows the oil barons continue to line their wallets.  They make political donations in the right places to keep the wheels greased.

So what happens if the environmental groups lobby for better energy management and for the US to be energy solvent?

You can get the CIA or FBI or Secret Service to blow up a large public building in New York you will have a queue of terrorist organisations lining up to claim responsibility.  If you don’t find one even better, make one up.  You can spend decades trying to track down a terrorist organisation that never existed.

As long as people look to the sky in fear of the next attack they will not worry about pithy concerns like gas mileage, CO2 production, low level ozone, blower tests or deep water drilling.

War against a foreign country only happens when the moneyed classes think they are going to profit from it.………………………………….George Orwell