The marriage of Aoife and Strongbow

May 1st 1169 is traditionally given as the day the Normans came to Ireland.  It was a tradition in Ireland for ousted kings or princes to run abroad to seek support to retake their crowns.  Belgium was a popular place to go because Flemish mercenary spearmen had a good reputation.

On this occasion though the ousted King of Leinster Dermot MacMurrough decided to go to Aquitane.  100 years on from the Battle of Hastings the Norman invaders were well settled in England, Wales and parts of Scotland.  In Wales the Normans intermarried with the Welsh Marcher Lords and created extended families of troublemakers.

Henry II, based in Southern France, the lands of his wealthy wife,  maybe thought he could get rid of a few Welsh troublemakers by sending them to wild Ireland.  Or else Dermot, rebuffed by Henry, went independently to Wales, and pitched his case to Robert DeClare (Strongbow).  Dermot dangled the promise of his daughter and the kingshop of Leinster in front of Strongbow, who reached for the prize.  So Robert Fitzstephen was despatched to lead an expedition.  He brought three ships, thirty mounted knights and about 300 Welsh and Flemish footsoldiers to Bannow Strand in Co.  Wexford in the south west of Ireland.

Two days later they were followed by two more ships led by Maurice de Prendergast and a further 300 soldiers.  There they were met by 500 Irish supporters of MacMurrough.  They marched on Wexford and successfully took the Danish city.  For a time it seems that matters stabilised or went against the invaders.  McMurrough begged Strongbow for more troops and a year later another force landed at Baginbun led by Raymond le Gros.  They routed an army of Irish and Norse from Waterford.

In August 1170 Strongbow himself arrived with thousand men and now the Normans had a critical mass of troops.  First they took the stoutly defended city of Waterford.  There Strongbow married his promised prize, Aoife MacMurrough, in the wedding pictured in the painting above from the Irish National Gallery.  They swept rapidly up the coast and siezed Dublin.

In May 1171 with the death of Dermot the Norman knight Strongbow became King of Leinster and was threatening to expand to the rest of Ireland.  Henry II the Angevin King of lands from Southern France all the way up to Scotland had reason to fear a rival Kingdom in Ireland.  He brought his army to Ireland and rapidly established some of his own knights in lands here.  It then appears that he did a deal with the remaining Irish of Ulster, Munster and Connacht.  At the Rock of Cashel he met the Kings and appears to have set out a stable peace.  No doubt this involved their support for Henry to deny Strongbow any further power.

Henry installed his younger son, John Lackland, as Lord of Ireland.  This is the John we see frequently represented as the weakling younger brother to Richard Lionheart.  The evil prince of the Robin Hood tales depicted in the Disney movie as a spoiled thumb sucking juvenile lion.  The craven who ended up capitulating to the powerful Barons when he signed the Magna Carta at Runnymeade. 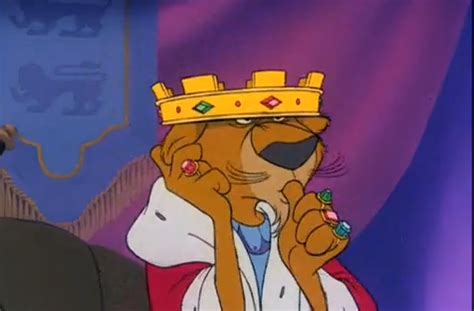