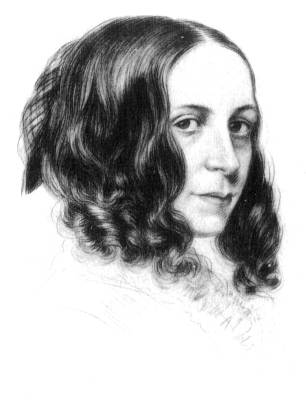 Elizabeth Barrett was a slave to misfortune.  A prolific poet as a child she developed head and spinal pain that she carried with her most of her life.  She took laudanum for the pain and effectively became an opium addict.  Later in life she also developed lung problems which were possibly TB.

When she fell in love and married Robert Browning, six years her junior, she was disinherited by her father.  But the father disinherited all his children who married.

Her output of work is enormous and she was highly popular in her own lifetime.  He popularity was transatlantic as she was also a hit in the USA.  She was one of the rockstar poets of the Victorian era.   When Robert Browning met her she was the famous poet, not he.  At one point she was mooted as Poet Laureate, a post that fell to Tennyson.

First time he kissed me, he but only kissed
the fingers of this hand wherewith I write;
And ever since, it grew more clean and white,
slow to world-greetings, quick with its ‘Oh, list,’
when the angels speak. A ring of amethyst
I could not wear here, plainer to my sight,
than that first kiss. The second passed in height
the first, and sought the forehead, and half missed,
half falling on the hair. O beyond meed!
That was the chrism of love, which love’s own crown,
with sanctifying sweetness, did precede.
The third upon my lips was folded down
in perfect, purple state; since when, indeed,
I have been proud and said, ‘My love, my own.’ 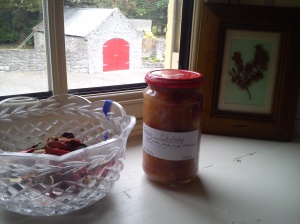 This jar contains some Chutney I made yesterday.  It is probably the most home made thing I have ever made.  It is a subtle blend of Ireland, Morocco and India, which would place it physically somewhere around Turkey.  Here is the recipe.

1. Plant Onions and Tomatoes in the Spring.

2.  Buy some organic un-waxed lemons some time around July.  Pickle the lemons in Salt and lemon juice with a selection of spices such as mustard seed, whole black pepper, coriander, cumin and whole red chiles.  There are lots of recipes for “Moroccan preserved lemon” on the internet.  I got mine from Casa Moro:  The second cookbook.  http://www.amazon.com/Casa-Moro-The-Second-Cookbook/dp/0091894492

3.  Harvest plums and apples from your garden.

4.  Buy 1 red chili, some white balsamic vinegar and some sugar.  ( we just don’t have the climate in Ireland to grow grapes for vinegar, cane for sugar, chilies and lemons).

5.  In a pot mix a good glug of the vinegar with sugar.  Fiddle with the proportions to your taste.  Some people like more vinegary pickle, I like it sweeter.

Chop up lots of bruised windfall cooking apples, discard the brown bits and use only firm fresh white apple.  Mix the apple well into the vinegar and sugar to stop it browning.

Remove a lemon from your pickle jar, scrape off the flesh with a spoon, discard, and wash the skin well in fresh water.  Slice the skin finely and add to the chutney.

Add a good spoon of well ground Panchphoran. (this is an Indian 5 spice mix of onion seed, cumin, mustard seed, fenugreek and fennel which brings out vegetable flavours very well)

6.  Boil the chutney until the apple is pureé and then stick it in a sterilised jar.  (OK I didn’t make the jar either – but I reused an old one, so that is environmentally friendly)

The red chili gives this chutney a kick.  If you prefer mild chutney you can leave it out.

It got the ultimate vote of confidence from my 18 year old son who said, and I quote verbatim “well, it’s not completely disgusting“.  Children have such confidence in their parents culinary arts.

On a historical note, Chutney achieved fame because of the British Navy.  In the search for prophylactics against scurvy the British Navy experimented with various foodstuffs, many of them pickles such as sauerkraut (used by Captain Cook on his voyages to good effect).  Throughout the 17th and 18th centuries various foods and drinks were experimented with, including lime chutney and lime cordial.  In reality neither was effective in treatment of scurvy and it is the availability of fresh food that cures scurvy.  However, chutney gained in popularity among the British in the Caribbean,  in India and ultimately at home in England.  In the Victorian era fortunes were made in the production of sauces which owe their origin to chutney, such as Ketchup and Brown Sauce. 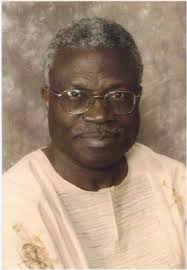 Came across an interesting poem about the impact of Sugar on peoples lives.  Sugar was the killer app of its day.  Fortunes were made on it.  But the millionaires who thrived on this sweetest of substances built their empires on the pain and misery of fellow human beings.

Slavery is a terrible wrong.  It is a great sorrow that slavery exists today all over the world.  Not only in the places you might expect.  Highly paid diplomats in embassies in Western nations are guilty of keeping household slaves.  It is happening in cities like London, Washington and Dublin this very day.  They employ their diplomatic immunity to avoid national law.  This is merely symptomatic of the culture that exists in their home nations.

Last year a group of homeless and vulnerable men were found enslaved in a traveller camp in England.  Thousands of girls are enslaved in western nations by the sex trade every year.  If countries like England, Ireland and the USA cannot eliminate slavery what hope is there for war torn impoverished nations like Liberia, Ivory Coast, Sudan and Somalia?

Here’s an idea to serve two aims – western obesity and type 2 diabetes on the one hand and slavery on the other.  Let’s introduce a tiny tax on all sugar production, and put it to use in a global fight against slavery.

Ode to the Sugar Cane: by Niyi Osundare

How many oceans groaned under your feet

On your journey to this land

What winds abetted your prowl

How large your sail of leaves

What idiom broke your silence to a stolen soil?

The segmented stanza of your song,

The syrupy drawl of your orders

Sticky fingers at the water’s edge

And the mansions which festered on your sweetness

The bitter joy of their rooms

Banks which farmed their fortunes

In the swineyard of your lust.

You pallid phallus of empire

Of rapier thrusts drilling through

The innocence of bewildered twilights

Whips whistled to please your ears

Your armada sailed on oceans of sweat

Shallow-rooted cousin of the millet

Brother of the elephant grass

Though roughly rich, your clumpy tribe

Your I-land of strangered selves

Your archipelago of floating husks

Drifting theatre of dreams in flight

Chattel hands flailing in the wind

Blacker than the feverish fear of sunset fires

To earth, ever so mindful of the fragile distance

Between dripping wounds and the open sore

Where did you put the sky

Where did you leave the sea

What did History whisper in your ears

The last time you met in the green furrows? 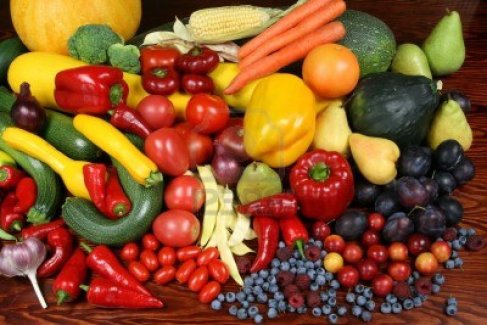 Here are my rules for a happy and healthy  eating life:

Of course the other side of eating is exercise.  If you get off your ass you can eat as much as you want.  When did you see a fat postman?