Ruth Graves Wakefield was born on this day in 1903.  She was a chef and in 1930 she and her husband bought an old coaching house in between Boston and New Bedford in Massachusetts.  It was called the “Toll House Inn”.  Around 1938 she experimented with using smashed up Nestlé bars to make a new type of cookie.  She called it the Toll House Cookie.

During WW2 the soldiers from Massachusetts received Toll House cookies in their care packages from home and shared them with other troops.  Those troops wrote home and asked their mothers to bake the cookies.  The Toll House was inundated with requests for the recipe.

Nestlé saw such a spike in their chocolate sales that they did a deal with the Wakefields.  They printed the recipe on their products and in exchange gave the Wakefields a lifetimes supply of Nestlé chocolate crunch bars.

Some people believe they come from a small village in the south of France called Nestlé Toulouse. 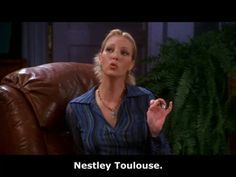