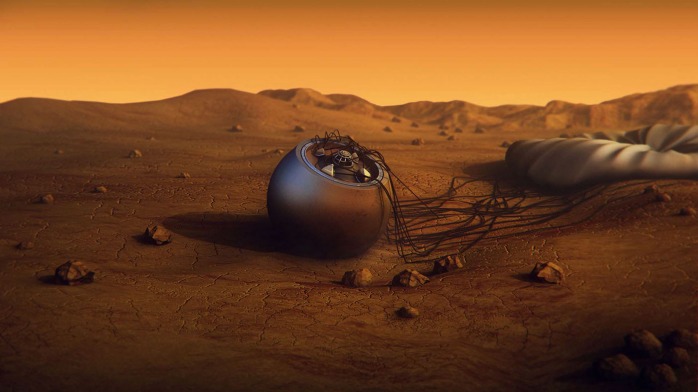 Back in 1970 when the USA was revelling in the Glory of being the leaders in the space race because they put man on the moon, the Russians were continuing to do the extraordinary.  Well, not just the Russians.  The entire Union of Soviet Socialist Republics, the CCCP.

On this day in 1970 Venera 7 was the first human object to land on another planet.  The Venusian probe landed hard, it seems the parachute deployment failed.  Initially it was thought to be entirely dead, but the sensors were working and the tapes were recording.  The probe rolled on one side at landing and the antenna was not pointed upward for transmission.

Weeks later radio astronomers pulled 23 minutes of recording from the surface.  The probe confirmed that Venus was too hot for people and contains no liquid water.  It also confirmed that the planet was solid, because the probe landed on a solid surface.

It doesn’t sound like much, but it is in such baby steps that we build our way to the stars.